With so many Samurai anime clamoring for attention these days, you almost need to make a list to watch as it’s overwhelming to choose from. For those who just begun to take a interest in Japanese SAMURAI anime or a long-time anime-lover, read on. Here is a list of Samurai anime you want to check out! 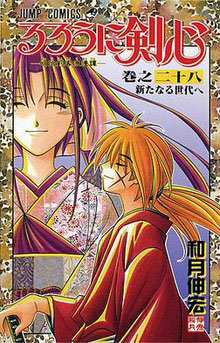 Rurouni kenshin is one of the well-known SAMURAI anime of all time. It’s set in the Bakumatsu era, Kenshin Himura, a wandering swordsman, is known as a legendary killer “Battousai” is on his journey and face enermies along the way. He finds his new way and decides that he is going to never kill people again as he is wracked with guilt that comes from the past experience. After a few years later, he is gradually settling down with peace. This is a story of Kenshin in an effort to save his loved ones. However, as he has killed people in the past and he is famously skilled, enemies come in the way and start destroying him.
This is a Japanese historical fiction and well connected to the actual history, which makes the whole story realistic. 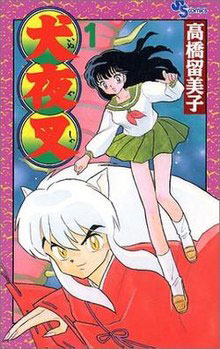 Inuyasha takes place in half federal and modern Japan where the show starts by showing a demon called Inuyasha, who breaks into a Shrine and takes a Shikon jewel to make himself a full demon. Before he runs away, he gets stuck to a big tree by Kaede, a guard of the villege. Meanwhile, a high school girl named Kagome finds herself in the Sengoku era back in the day after a demon drags her into the dwell at her family’s Shinto shrine. There she meets Inuyasha, who is stuck to the same tree that is near her home. Kagome soon learns that she is the reincarnate of Kikyo, who has the jewel before she passes away and found out it’s inside her body. As another demon attempts to take the jewel, Kagome scatters it into many pieces. They work together to obtain all the pieces again and go on an adventure with other unique characters.
It’s almost 5 year old run on Japanese TV and one of the most popular Samurai anime in Japan. If you like watching anime that is a good mix of romance and adventure, this would be your favourite. 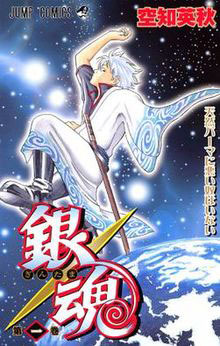 This anime takes place in a federal Japan where the whole country has been taken place by “Amanto”, an alien that forbids using swords. Gintoki works as a Tsukai to pay the rent with two friends. The story follows their life in both comical and serious ways. Each characters have such unique individuals, which makes it even more stand out among all the samurai animes.

This anime is set in an Edo period, Japan. The story starts with a waitress of a teahouse called Fuu gets into trouble with a customer, a ronin named Jin. In order to deal with the trouble, she asks Mugen, a samurai who happens to be in the place. They end up messing around all over the teahouse and the worst of all, it kills a local boy. Because of that, they are captured and to be executed. However, Fuu rescues and hires them as bodyguards in order to go on an adventure with a mission: find a samurai that smells sunflower. This anime follows their journey to find the Samurai.

It is a story of two samurai, Fujiki and Irako who fight with others at a deadly tournament where they are forced to use real swords by Daimyo called Tadanaga Tokugawa. They would go to the same school of swordsmanship but they end up trying to kill each other at the tournament.
In this samurai manga, you can take a peek of the community and its society during the era. The whole anime includes graphic of blood, violence and nudity, therefore it might not be everyone’s taste. However, if you love anime that has full of thrill and adventure, it is a must watch.